“It remains the authoritative source for global data on air transport demand across major city markets in Africa, Asia-Pacific, Europe, Latin America-Caribbean, the Middle East, and North America. It is also the principal industry reference for air traffic rankings by type and region.

“Last year represents the beginning of the aviation industry’s recovery. While some of the perennial busiest airport leaders have re-joined upper ranks, other regions struggle to recover leading to new entrants in the top 20.

“With many countries taking steps towards the return of a certain normality, lifting almost all the health measures and travel restrictions as supported by science, we welcome the continuation of air travel demand’s recovery in 2022, despite certain headwinds.”

From the top 20 rankings, almost all airports have significant domestic traffic representing 65% to 100% of their total passengers. The only exception is Istanbul International Airport (IST) with a larger international traffic share (72% of passenger traffic) 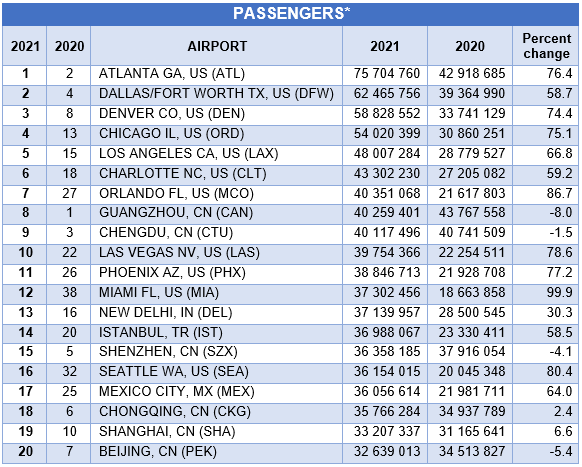 The gain can be attributed to improved economic conditions that drove an increase in demand for consumer goods and pharmaceutical products (such as personal protective equipment and vaccines).

Compared to pre-pandemic levels, the biggest jump in the top 20 rankings was recorded for Chicago’s O’Hare International Airport (ORD), which improved its position by seven spots, from 18th in 2019 to 11th in 2021. 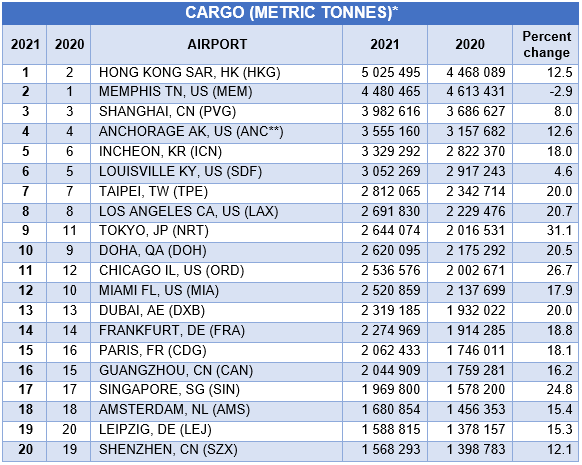 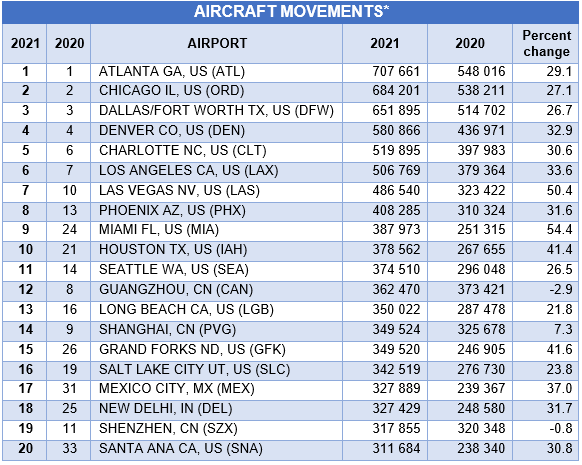 ACI’s World Airport Traffic Dataset is the industry’s most comprehensive airport statistics dataset featuring airport traffic for over 2,600 airports in more than 180 countries and territories.